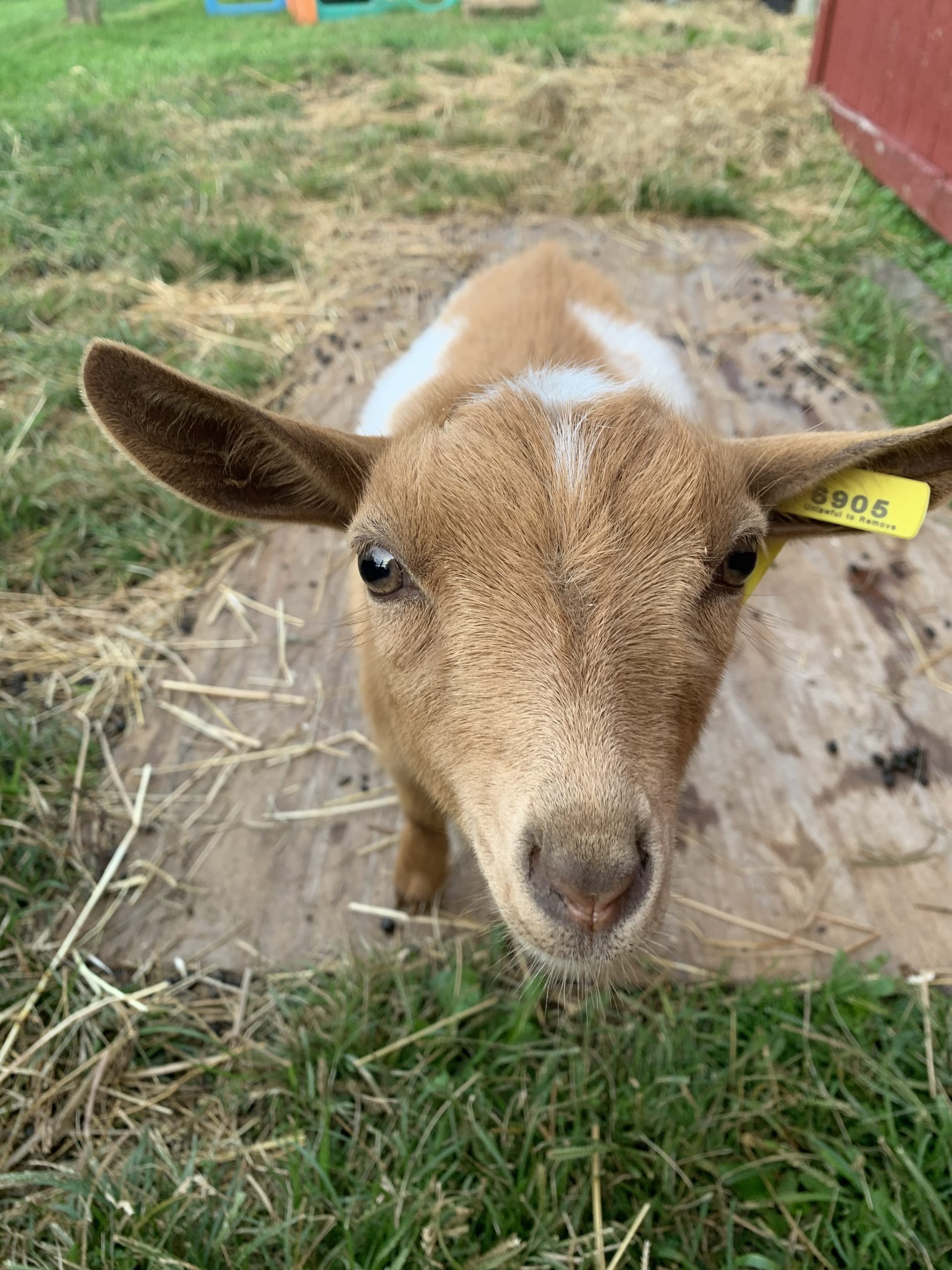 Hello to all of our lovely visitors! We are so excited to announce that some new animal friends have become part of our furry family. We have 3 new goats! They are fainting goats, and their names are Pancake (pictured above), Phantom and Phoenix (pictured at the bottom)

Pancake is a male fainting goat. He weighs about 25 pounds right now. He came with his name, so we aren’t exactly sure why he is named Pancake, but we can guess that it was based on his golden brown color and maybe his birth weight. He is definitely a little snackamuffin!

Phantom is a 40 lb. male fainting goat as well. He was named Phantom because a phantom is something that you can’t really see, and it might even be just in your imagination. At night, you probably couldn’t see this little goat because he is all black and blends into the night! Don’t let that image scare you because he is as sweet as can be! He loves treats and visits by friends like you.

Phoenix is a 40 lb. male fainting goat as well. The volunteers all got together to come up with names for Phoenix and his brother, so where his name came from will require a little more research on my part. But Phoenix has an adorable white mark (called a spit) on his forehead. He put that on his head just for us so that we could tell he and Phantom apart.

Our new precious friends were donated to us. They had a great home, but their owner knew that they would be happiest at the farm with their new friends, Chewy and Pete and their new people friends as well.

Come and welcome them to our farm in Parma, OH! We are open on Saturdays from 11am-2pm from mid-May to mid-October. Get a $5 feed bin or 2 and Pancake, Phoenix and Phantom won’t leave your side (until the treats run out that is!)